diamond in the rough

For centuries we have established techniques and perfected ways to cut gemstones. With the goal of creating an even tone and colour, faceted gemstones are carefully crafted to bring out their colours with striking effect. Does it seem strange that some crafter’s have overlooked this tradition and created a range of gemstone jewellery that promotes the “raw” and original look of a rough gemstone?

The phrase A diamond in the rough is a metaphor for the original unpolished state of diamond gemstones, especially those that have the potential to become high quality jewels. It is more commonly expressed in the form ‘rough diamond’. The first recorded use in print is in John Fletcher’s A Wife for a Month, 1624:

Are Rough Gemstones in Fashion?

This trend seems to have begun on Etsy and other craft-based websites. It might have begun as a way of saving money on supplies or simply a clever way of showing what a gemstone really looks like. (rougher cut gems are far cheaper to purchase than clear, faceted stones), this trend has taken off in a big way online. The rise of interest in gemstones that still feature rough and edgy patterns or an inconsistent colour has made is more accessible for smaller gem-crafter’s to sell their products. If the ideal is no longer perfection then cheaper, handcrafted gems are now just as desirable amongst some circles as the pristine gemstones we see elsewhere. 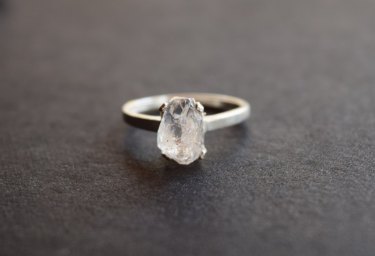 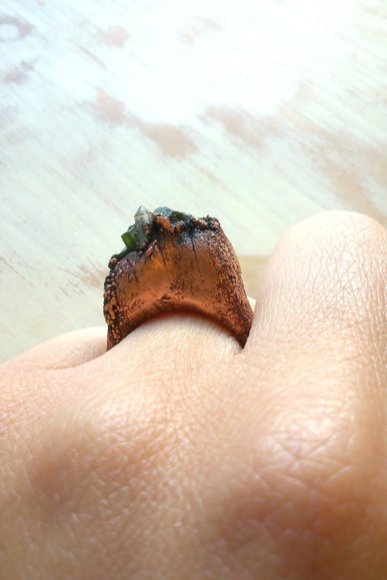 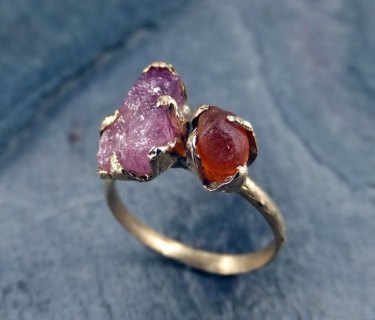 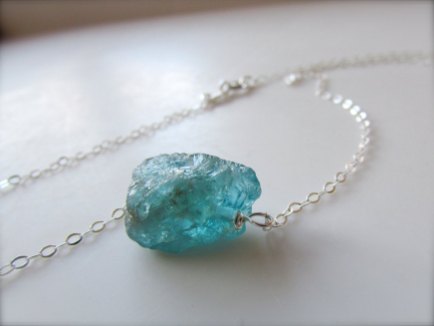 Of course, the “raw”-ness of these gems (as they’re often marketed) is something of an illusion. Many “raw” quartz necklaces (which includes amethysts and citrine) have been carved and shaped to an extent. Some have even been carved but in a rougher and more uneven style to give the appearance of a “raw” gem. In some cases it may be that a less-than-perfect example of the gem has been used in the jewellery rather than a perfect gem still in the rough. This is an important distinction when it comes to the quality of the end product.
As mentioned previously, quartz is a popular choice for raw jewellery as the rough clusters of glass-like stones offer a unique accessory that will be unlike any other. This is a far cry from the carefully cultivated styles of gemcraft that have developed up until this point. Rather than uniformity, the desire to have something unique is driving this trend.
Some rings and necklaces even feature the bedrock of the stone, sometimes featuring a complete (if very small) geode in the case of amethysts. The attraction to this might be the “origins” of the stone, promoting the natural way that the gem is formed before it is mined.

Also running counter to traditional (and more expensive) gem choices. Raw “gem” jewellery doesn’t necessarily have to involve gems at all. Metals such as pyrite in their raw form are popular choices, offering the same rough look whilst being inexpensive to work into the accessories. I’ve even encountered a couple of websites that offer rough gemstone jewellery that’s been created via a 3D printer, though it’s impossible to gauge how popular this is.
This trend in jewellery is currently very limited and it’s unlikely to permeate the upper echelons of gemstone crafter’s unless there is a much greater take-up via consumers. That said, this is an interesting style that does seem to acknowledge the roots of gemstones and their raw distinctiveness. udressme.co.nz