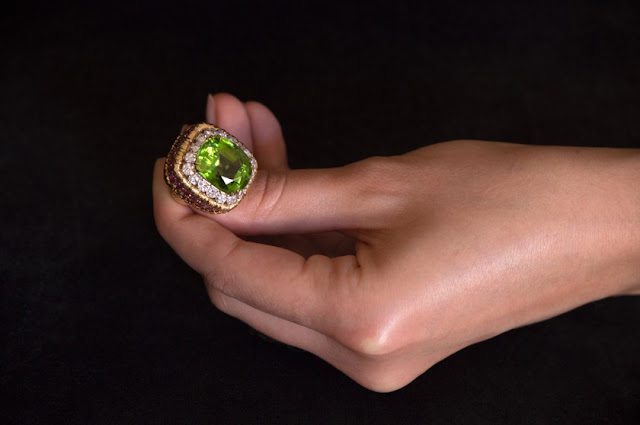 ‘Tis the season for fun and festive jewelry and nothing brightens a holiday party more than a great cocktail ring. While modern statement jewels of the most brilliant kind are the first to catch the eye, it is the vintage variety that earns a second look and sparks a conversation. The more unusual, the better, and Mahnaz Collection has curated the perfect assortment of magnificent cocktail rings.
More wearable art than blinding bling for the finger, the cocktail rings at Mahnaz Collection are specifically selected for their place in mid-century jewelry design. There are some by names you know, like Cartier and David Webb, and others by names you need to know, including Hans Hansen and Burle Marx. But what sets this particular collection apart is that each ring is unlike any you might ever seen before. 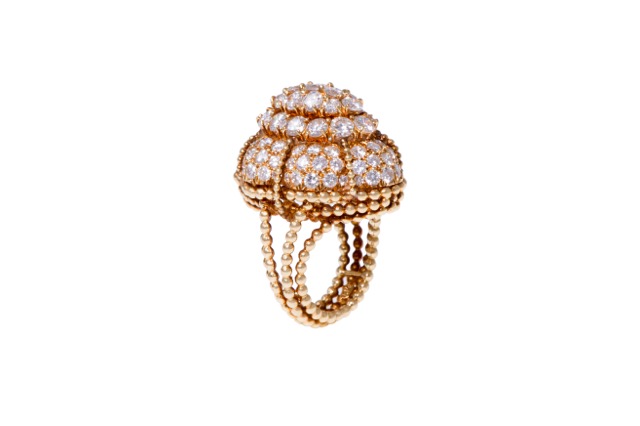 These distinctive rings depict the breadth of design during the experimental period in jewelry from the 1960s to 1980s. Abstract forms in precious materials differ significantly from the semi-precious gems set in textured or raw-looking folds of gold. What the rings have in common is commanding presence and cutting edge design. 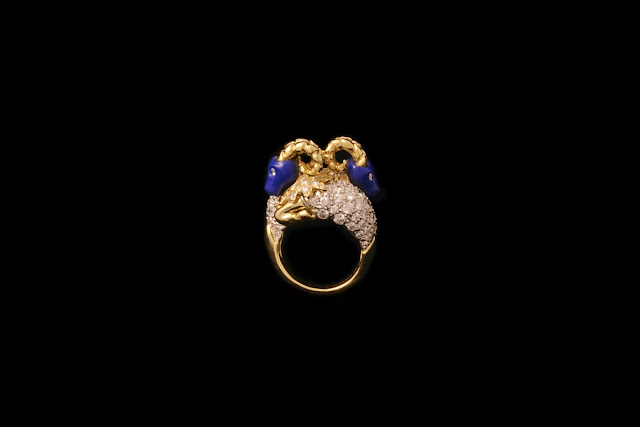 From the fanciful realm of cocktail rings, a pair of opposing rams prance across the finger in a whimsical diamond and lapis ring by Donald Claflin for Tiffany & Co., circa 1970s. Renowned for his unrestricted imagination and fantastical designs, Donald Claflin is perhaps one of the greatest designers to have worked under the Tiffany name. During his brief time at the American jewelry house, Claflin delighted the world with charming jewels that tapped into the childlike spirit in all of us. Recently, two of his highly collectible figurative brooches sold at Christie’s for over a quarter million dollars. 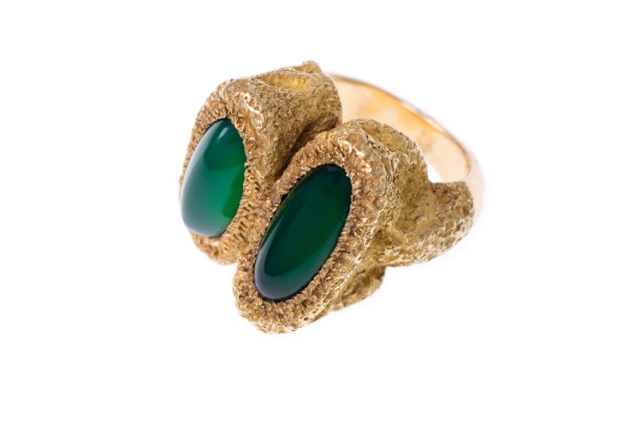 Chaumet 18k gold and chrysoprase ring, c. 1970s (Mahnaz Collection)
The next ring represents a period of great innovation that aided the resurgence of a centuries old brand. Founded in 1780, the French jewelry house of Chaumet is known for the sumptuous jewels it created for the European nobility throughout the 19th century, including the Louis-Philippe, King of France, Napoleon and Queen Victoria. The historic maison is also remembered for its innovative designs during the mid to late 20th century, combining unconventional materials like hardstones with precious and semi-precious gems in unusual textured gold settings. This chrysoprase and yellow gold ring by Chaumet created in 1970s is a perfect portrayal of the inventive aesthetic of not only the brand but the decade itself. 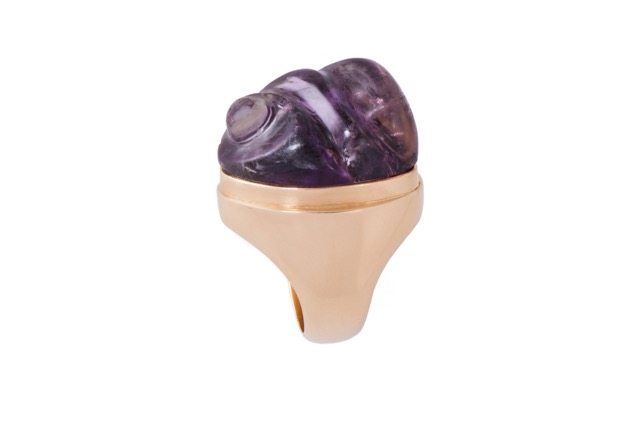 Burle Marx 18k gold and carved tourmaline ring (Mahnaz Collection)
In a single-stone vein but with a literal twist, a carved tourmaline and gold ring by Haroldo Burle Marx adds another dimension to the classic cocktail ring design. Its sculptural element pairs perfectly with the simple chunky gold setting. The swirl-like carving of the tourmaline is in the designer’s ‘Forma Livre’ style, a cut he pioneered in the mid 1950s. A native Brazilian, the modernist Burle Marx has distinguished his work by incorporating gemstones from his home country in inventive new ways. 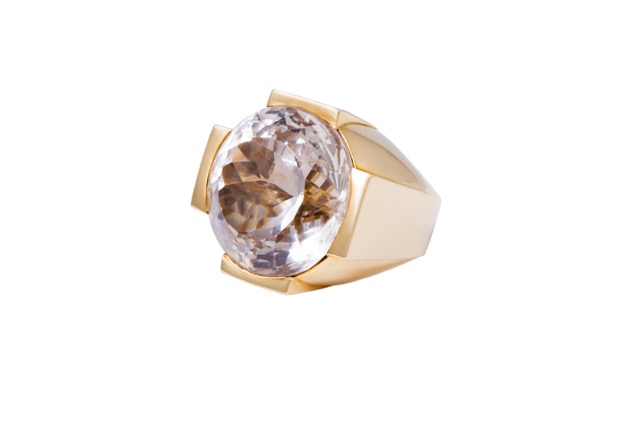 A cocktail ring of a more traditional style, this David Webb gold and pink quartz ring captures the big, bold, sleek chic of the 1980s. Its imposing composition and clean lines keep it simple in a powerful way. The ring captures the daring aesthetic for which David Webb, another great 20th century American designer, is best known.
These rings are just an amuse bouche for the rest of the collection, which is equally intriguing and diverse. Additional highlights from the Mahnaz Collection of rings include: