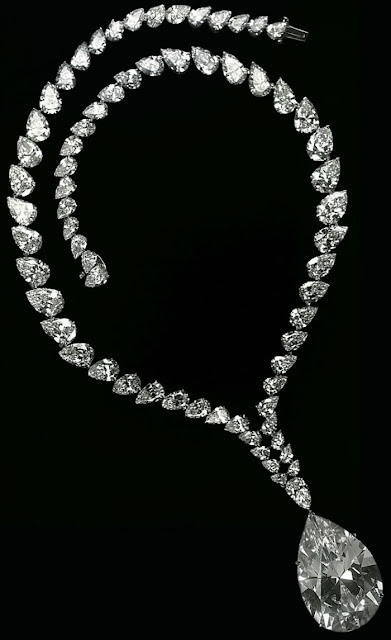 Back in 1953, Marylin Monroe got famous with her “Diamons are girl’s best friend” single, and now that Christmas is coming it seems a great time to talk about these luxury goods. Diamonds are always a great idea to surprise your special women, and the perfect combination with a luxury life.
Cartier bespoke jewelry is a work of art, being desired and well-known all over the world.Luxury Safes shows you the Cartier Most Luxurious Diamonds. Here are some interesting details regarding 5 of the grandest Cartier creations that feature some of the most magnificent diamonds you could ever hope to see.

THE JUBILEE
650.80 is the carat weight of one of the largest and most famous white diamonds in the world, when it was discovered in South Africa in 1895. Sent to Amsterdam, the Jubilee was transformed by lapidaries in 1897 to 88 facets. Presented in Paris during the Universal Exhibition, it was re-worked at Cartier by Jeanne Toussaint, who designed a modern and stylised tortoiseshaped brooch in which the magnificent 245.35-carat diamond was surrounded by baguette-cut diamonds.

LOUIS CARTIER
An exceptional stone cut from a 400-cut carat raw gem, this drop diamond is one of the few gemstones weighing over 100 carats to have received D Flawless certification from the GIA. The embodiment of perfection, symbolically carrying the name of Louis Cartier. The Louis Cartier was insured for a cool 5 million dollars. It is a perfect pear-shaped diamond of 107.70 carats, “as big as a baby’s fist”, cut from a 400-carat raw diamond discovered in South Africa in 1974 and exhibited in New York in 1976 on the occasion of the jeweller Louis Cartier’s 100th birthday celebration in the United States. 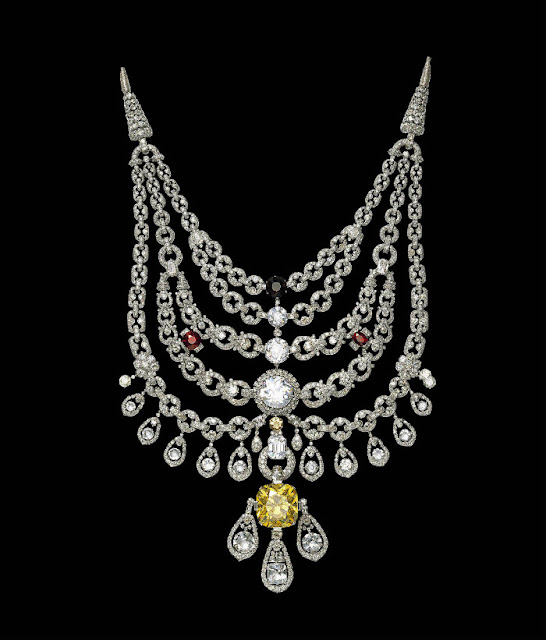 STAR OF SOUTH AFRICA
500 sheep, 10 bullocks and a horse… The exchange proposed in 1869 by a farmer from Hopetown (South Africa) to a neighbouring shepherd for a raw diamond of 83.50 carats. The Star of South Africa is the first gemstone-quality diamond, cut in Amsterdam in a pear shape, then mounted in a brooch by one of the best jewelry brands, Cartier New York, in the late 1910s. 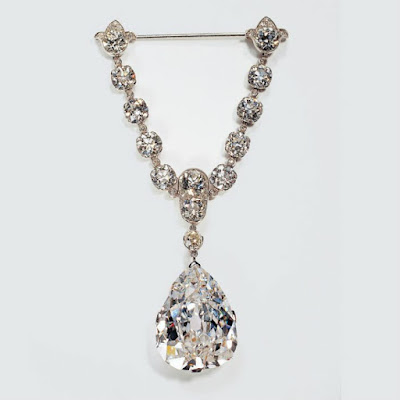 PATIALA NECKLACE
The Patiala Necklace, created by the House of Cartier for Maharaja Sir Bhupinder Singh of Patiala in 1928, is one of the most expensive pieces of jewellery ever made. With five rows of diamond-encrusted platinum chains, the necklace is famous for its unmatched brilliance and extraordinary exclusive design.
The total weight of the Maharaja Sir Bhupindar Singh of Patiala’s ceremonial necklace is a whopping 1000 carats. It is composed of 2,930 diamonds including the world’s seventh largest DeBeers diamond. Featuring as its centrepiece, is an exceptional 234.69-carat yellow diamond that was once presented in Paris during the Universal Exhibition of 1889. It was the largest necklace ever produced by Cartier. 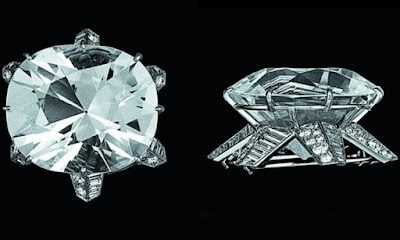 CARTIER BURTON TAYLOR
In 1969, three bodyguards escorted Elizabeth Taylor in Monaco when she wore her legendary 69.42-carat diamond for the first time on European soil on the occasion of Princess Grace’s birthday. Originally from South Africa, this legendary stone, today known as the Cartier-Burton-Taylor, was first purchased by Cartier in 1969; never before had the price of a diamond ever exceeded one million dollars at a public auction. A determined Richard Burton convinced Cartier to sell him the stone. The jeweler accepted with the condition that this rare stone would be exhibited in the windows of the 5th Avenue boutique in New York.