Rings of the Gallaxy: The Milky Way

Trying to come up with something the world has never seen before can sometimes take a little time. Ideas come and go, but sometimes, something will just keep bouncing around in that firing mind of mine. I started messing around with a few concepts over a recent weekend.
As the old Mastermind saying goes: “I’ve started so I’ll finish”.
So here you go…

Filled with light and energy to power a solar system for 12 billion years. Gaze into this orb to get lost in it’s mystical magic. 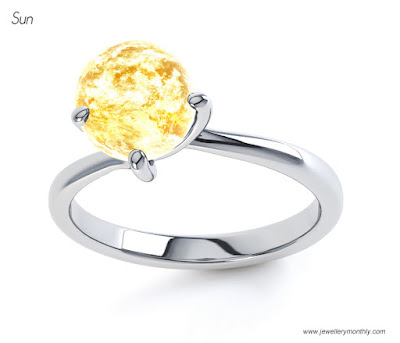 The Ring of Mercury

Named after the Roman deity Mercury, the fast-flying messenger to the gods. Because it has almost no atmosphere to retain heat, Mercury’s surface experiences the greatest temperature variation of all the planets. It appears very moon like and will attract a fiery personality. 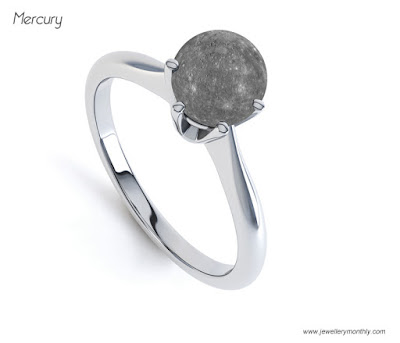 The orb of Venus

Named after the Roman goddess of love and beauty, this orange rock is for those of the higher passion spectrum. The sphere almost moves as you look at it. The inner depths of our solar system is rich in energy from the Sun. 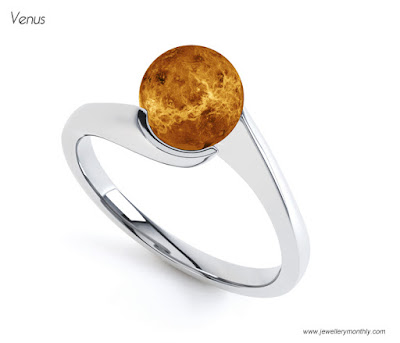 The ball of life. A place we call home. It glows with an energy that reaches out and touches the outer rim of our galaxy. For those who love family and home life. 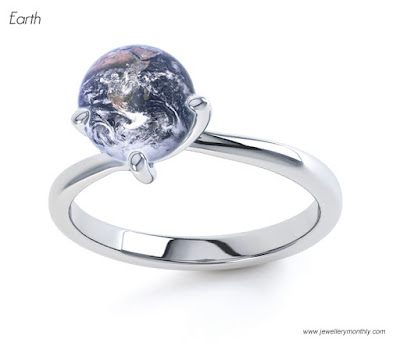 Our satellite – The Moon ring

The luminosity of the moon guides the life forms of Earth in the night. A powerful satellite that keeps Earth in perfect harmony with its natural elements. 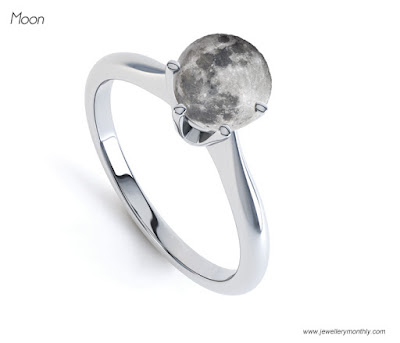 The red sphere of Mars

Named after the Roman god of war, it is often described as the “Red Planet” because of the iron oxide surface. These orange glows will guide you in moments of doubt. 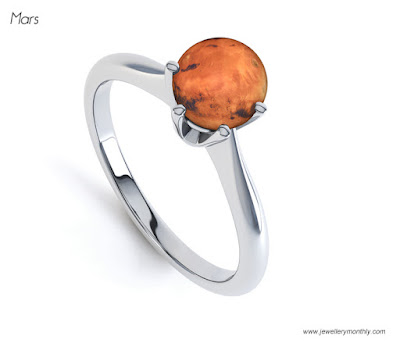 The largest planet in the Solar System. It is a gas giant with mass one-thousandth of that of the Sun. The Romans named the planet after the Roman god Jupiter. A ring made to protect the mortals from thunder and lightening. 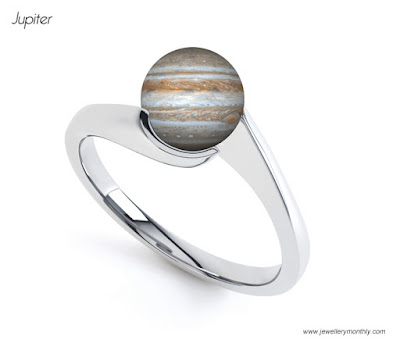 Named after the Roman god of agriculture this orb exhibits a pale yellow hue due to ammonia crystals in its upper atmosphere. The ring of Saturn will turn heads towards your direction. 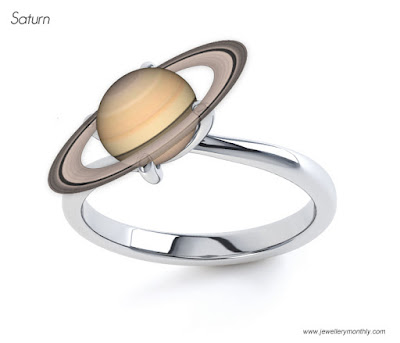 The Ice of Uranus

The coldest planetary atmosphere in the Solar System, Uranus attracts only the warriors of freedom and justice. It’s cold iced colour will harden your soul to help you take on anything in life. 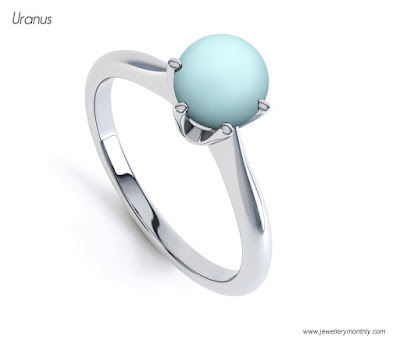 Named after the Roman god of the sea, Neptune is the most dense planet in the solar system. This fantastic sphere will help strengthen the mind. 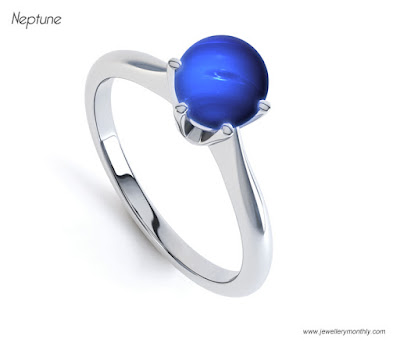 A dwarf planet made of rock and ice, that radiates a purple glow. Pluto is a ring for those that like to travel and seek adventure. 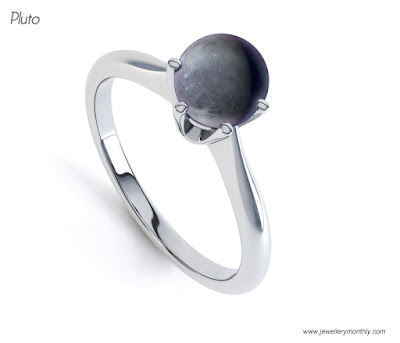 The asteroid ring is for those who are lost and seek direction. This stone will guide you on a unknown path. 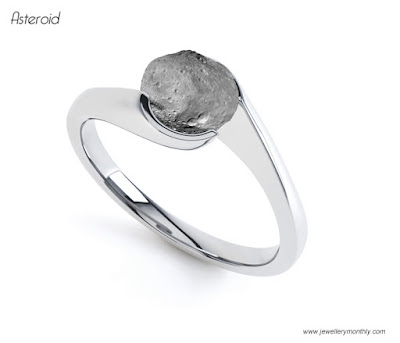 What makes these planet rings unique is the fact they are actually spheres that can sit in, or on a ring mount. These would probably be made of glass or have some type of diamond elements. I can even imagine these having a tiny LED light in the middle, powered by a little solar powered panel and watch battery. Maybe they could run using kinetic energy?
Before we get bombarded with emails asking us where to buy these rings. Sorry you can’t. These are just jewellery design concepts.. I hope these little rings, filled with planets of our solar system bring inspiration and joy.
Which one would you own? Please leave a comment.