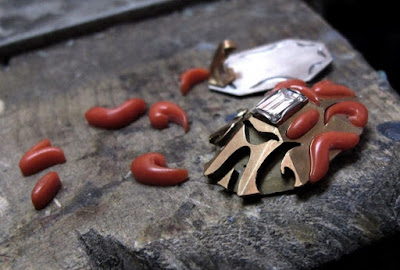 Blending the line between jewelry and art, Otto Jakob has captivated collectors for decades. The German jeweler first fell in love with his craft at the age of 17, inspired by the artistic power of Etruscan, Celtic and Hellenic jewelry. In lieu of traditional training, Jakob taught himself the skills of a jeweler by scouring museums and studying Etruscan, medieval and Renaissance techniques. 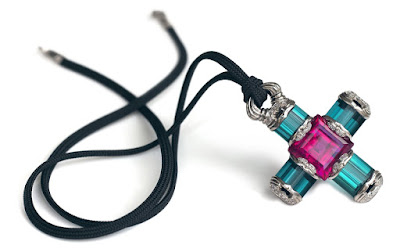 Notably, his mastering of the techniques developed by Italian goldsmiths Benvenuto Cellini and Fortunato Pio Castellani coupled with his artist’s eye renders his creations highly detailed, assiduously designed jeweled works of art. Jakob’s one-of-a-kind masterpieces are coveted by collectors in Europe and the United States, a fitting clientele since Jakob is among the select few contemporary jewelers to exhibit at TEFAF in Maastricht. 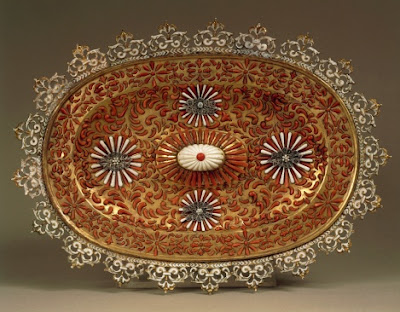 Continually inspired by the works of artisans from centuries past, a recent trip to Trapani in Sicily engendered a pair of striking earrings from his 2015 collection. Inside an empty museum, Jakob stood in silent awe of the opulent coral creations on display. From the 16th to the 19th century, Trapanesi coral workers, mainly Jews, incorporated coral from the abundant local reefs into their oeuvres, which became renowned throughout Mediterranean for their magnificence. Jewelry as well as ornamental objects, usually made of gold or silver, were engraved with cells to precisely fit each unique piece of coral in extravagant designs. Coral-embellished objects, which were flamboyant and highly refined, comprised a variety of religious and secular items including crucifixes, monstrances, mirror frames and tazze. Over harvesting eventually led to the extinction of the reefs by the end of the 19th century. 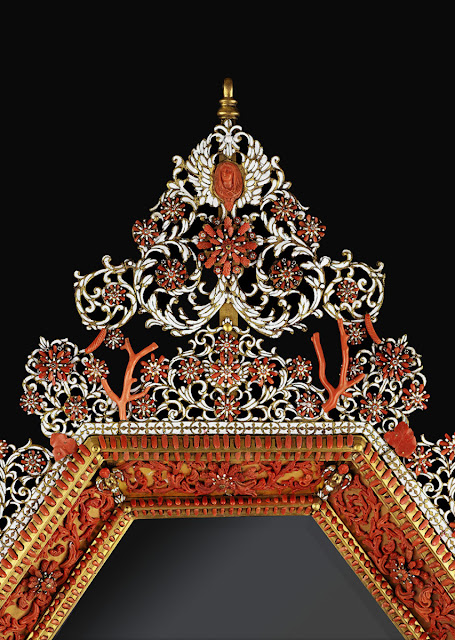 Detail of a Trapani mirror from the last third of the 17th century. (Perrin Antiquaires)

These striking objects and their singular aesthetic left a lasting impression on Jakob, who wasted little time in transforming the experience into contemporary jewelry. 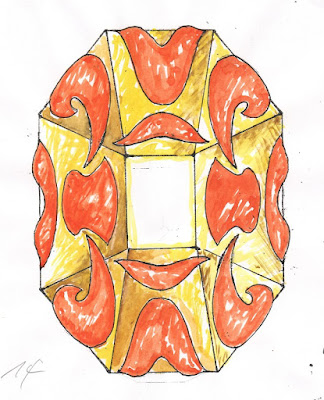 Jakob describes the process of applying this technique to jewelry in his blog:

The Trapanesi objects are usually very large, and shrinking the concept into a size of a jewelry piece made the fitting of the inlays considerably more complicated. The inlays required highly precise stencils with perfect mirror symmetry. With such tools, even the smallest coral engravings can be fitted exactly into the final piece. A trip to Sicily and a visit to a museum off the beaten path sparked a fresh idea for an inimitable series of coral jewelry. It is the unexpected moments in life that often generate the most original ideas, and this is a prime example of such creative genius. Jakob has brilliantly translated a style and technique from centuries past into a cutting edge design for today. My favorite piece from his jewels inspired by Trapani is the pair of Gorgonia earrings. 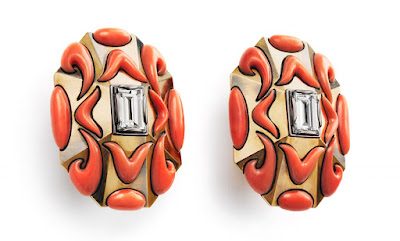