Vogue Magazine has just edited the jewelry trends that you can expect to see on the street for Spring/Summer 2015, from New York, Milan and Paris. We shared with you the top 10. Get inspired to stand out this season!

1 The slogan bracelet at Chanel Chanel’s fashion riot for Spring/Summer 2015 saw bangles in silver and brightly colored leather with the same on-trend demo slogans that the girls brandished in the finale, including “Make Fashion Not War”, “Oser Sans Poser” and “Ladies First”. Karl Lagerfeld and the Chanel girls wore their hearts on their sleeves. 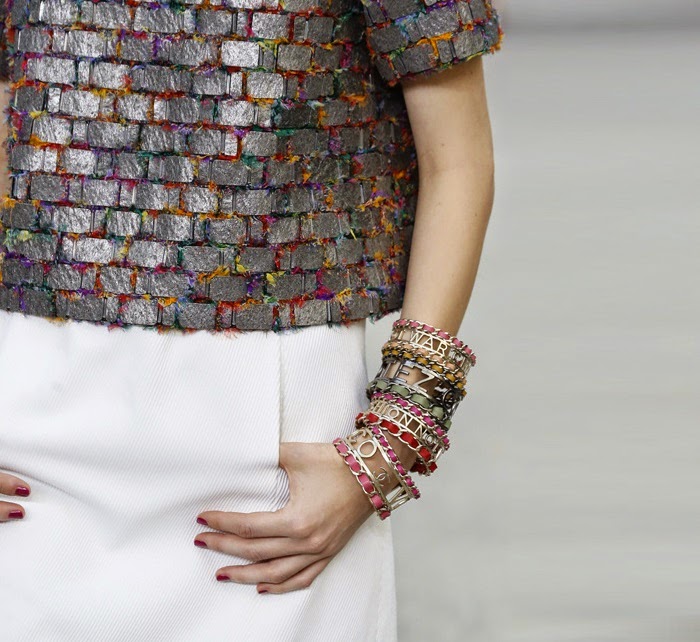 #2 The retro hoop at Louis Vuitton With denim flares, high waists and glossy leather, the high-shine of the Camille Miceli’s disk earringscaught the lights of the runway at the Spring/Summer 2015 show. It was back to the future with these hoops, with all the allure of 1970s icons. 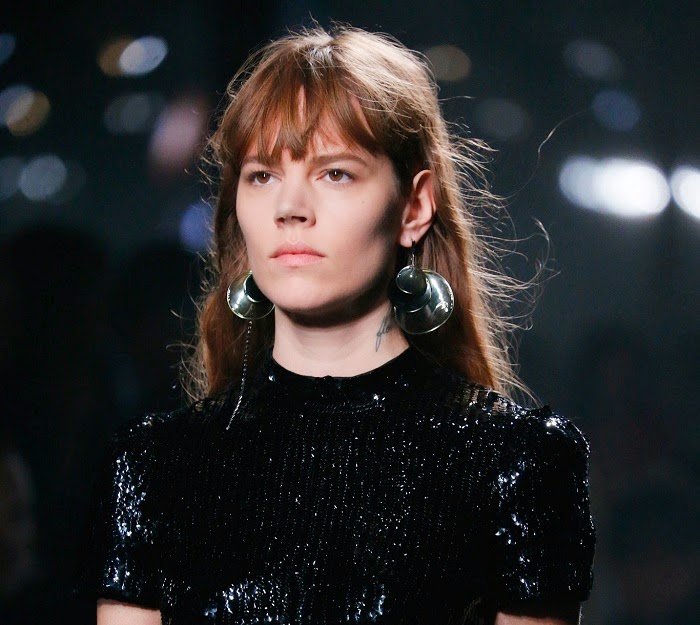 #3 The ring stack at Valentino In an invitation to travel next Summer, the creative duo behind Valentino peppered Spring/Summer 2015looks with marine symbols. Coral, shells and sea urchins replaced last summer’s signs of the zodiac, translating into sun-bright rings to mix and match all season. 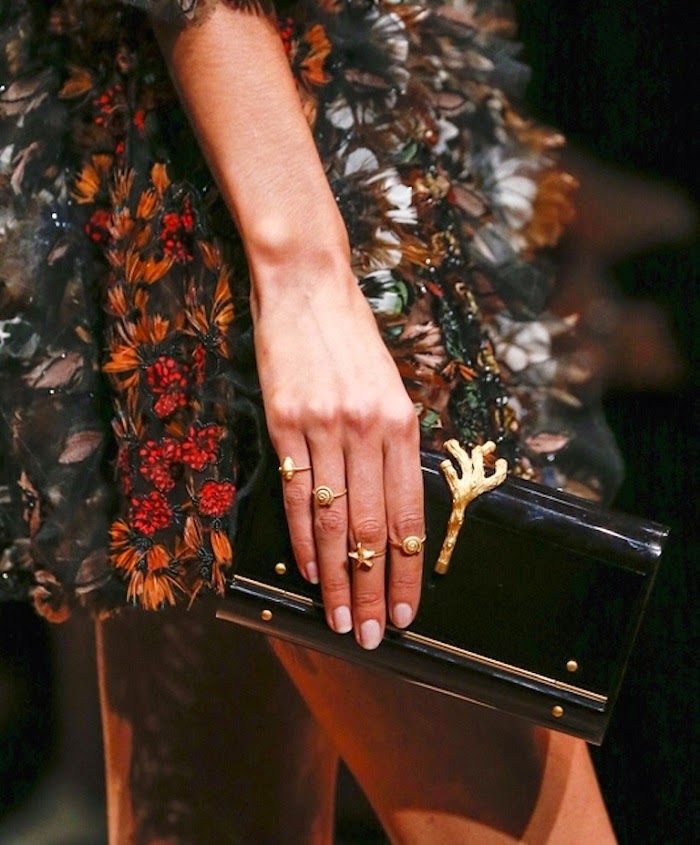 #4 Mix ‘N’ Match piercings at Dior With long hair tucked back behind the ears, the Dior Spring/Summer 2015 girls’ multiple piercings were front and center. Chrome hoops nestled close to the lobe, alongside statement earrings of a different hue, with some girls even wearing three. A look that’s set to become cult. 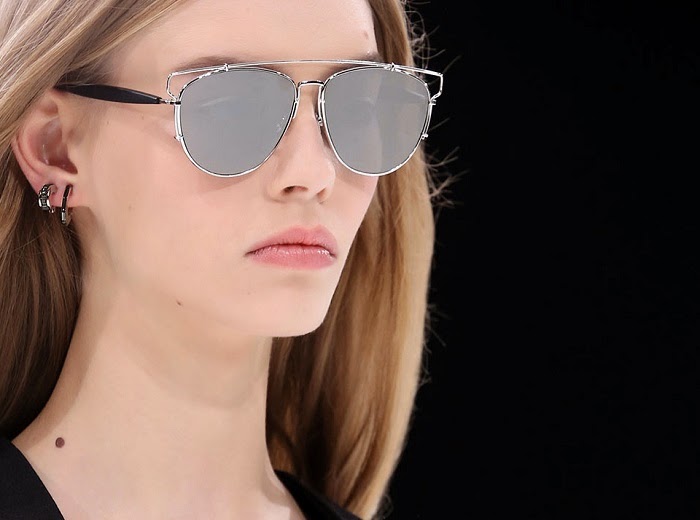 #5 The black lacquer cuff at Céline The Céline Spring/Summer 2015 collection exuded the relaxed elegance of the designer Phoebe Philo, who mixed up styles and prints. The ready-to-wear looks were accented with hand-shaped pendants and the glossy black, PVC cuff that matched the oval-shaped bag of the season. 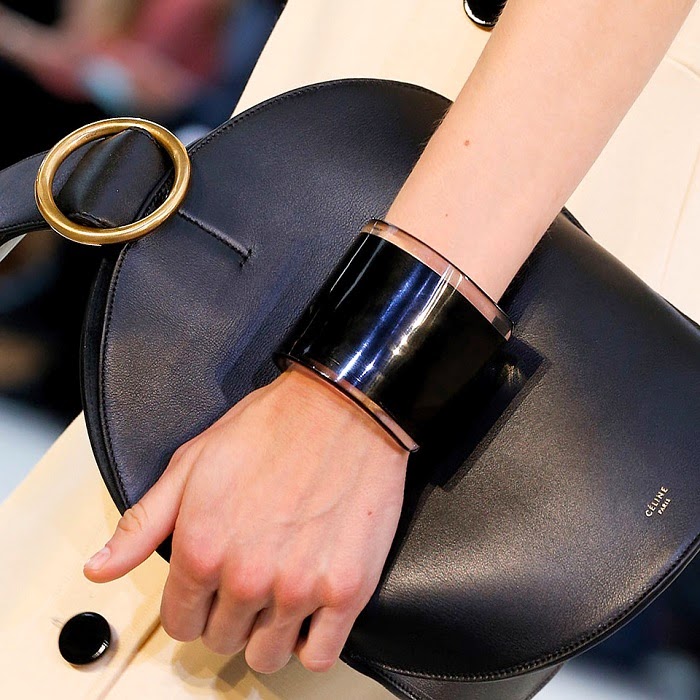 #6 The illusion earrings at Prada Appearances were deceptive at Prada. Spring/Summer 2015 was true to the house’s offbeat style and in terms of accessories, it was all in the detail. These fine jewelry-styled pendant earrings were in reality, beautifully worked crystal, used to killer effect. 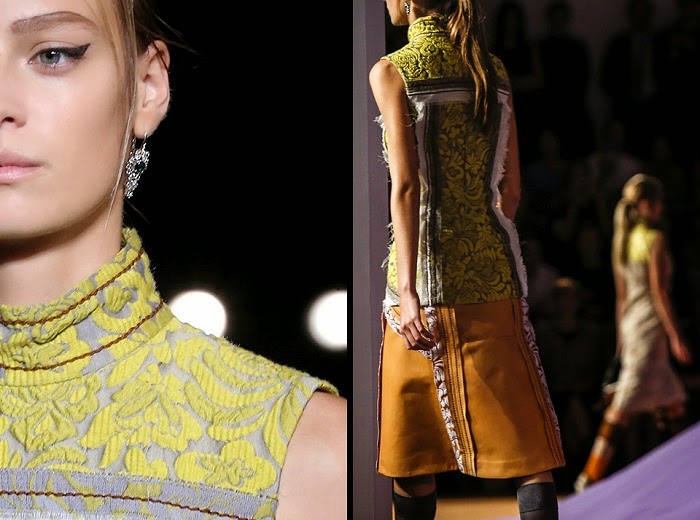 #7 The bridle bracelet at Hermès For his final show as creative director at Hermès, Christophe Lemaire accessorized his ivory and sand-colored looks with solid silver jewelry from another in-house talent, Pierre Hardy. Pale, bright pieces from theSpring/Summer 2015 collection referenced the contours of bridles, bits and reins. 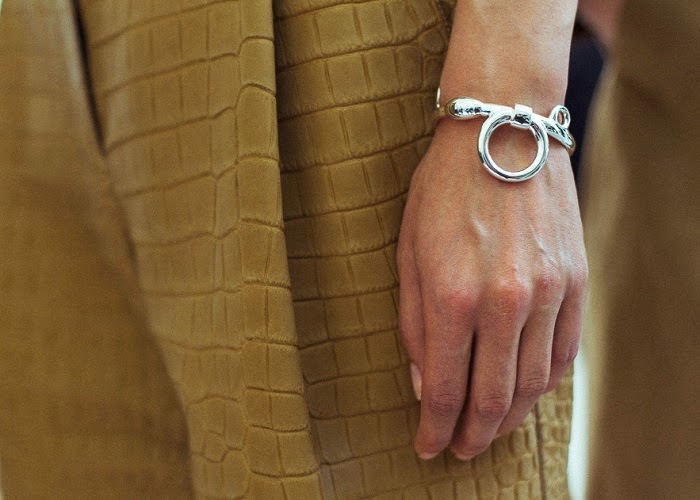 #8 The choker at Balmain Accented with gold cuffs and chokers, the jewelry worn by the Balmain Spring/Summer 2015 warriors played a key role in the show, experimenting with both transparency and constricted lines.

#9 The playful pearls at Lanvin With 125 years design history to draw on, Alber Elbaz brought us a fresh take on the French classic at Lanvin. Jewelry designer Elie Top played with the traditional white pearl, suspended like an abacus, from a silver necklace. New ground for the Parisienne’s game. 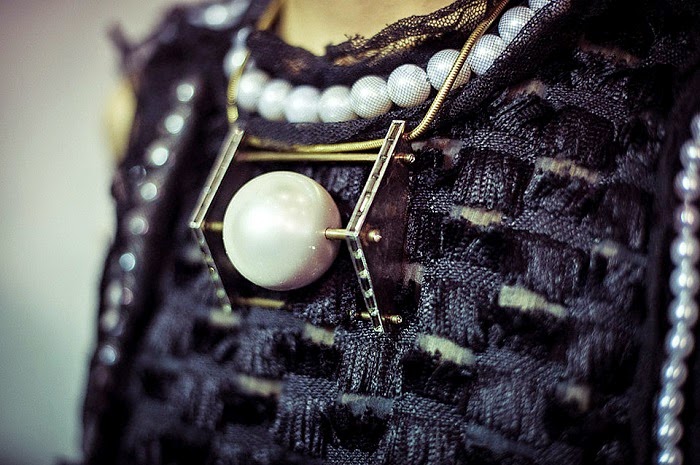 #10 The neo-piercing at Rodarte After barbed wire and padlocks, the Mulleavy sister twisted another punk-era style code for the Rodarte Spring/Summer 2015 runway, with a row of faux piercings along each brow, as beauty met jewelry to striking effect. 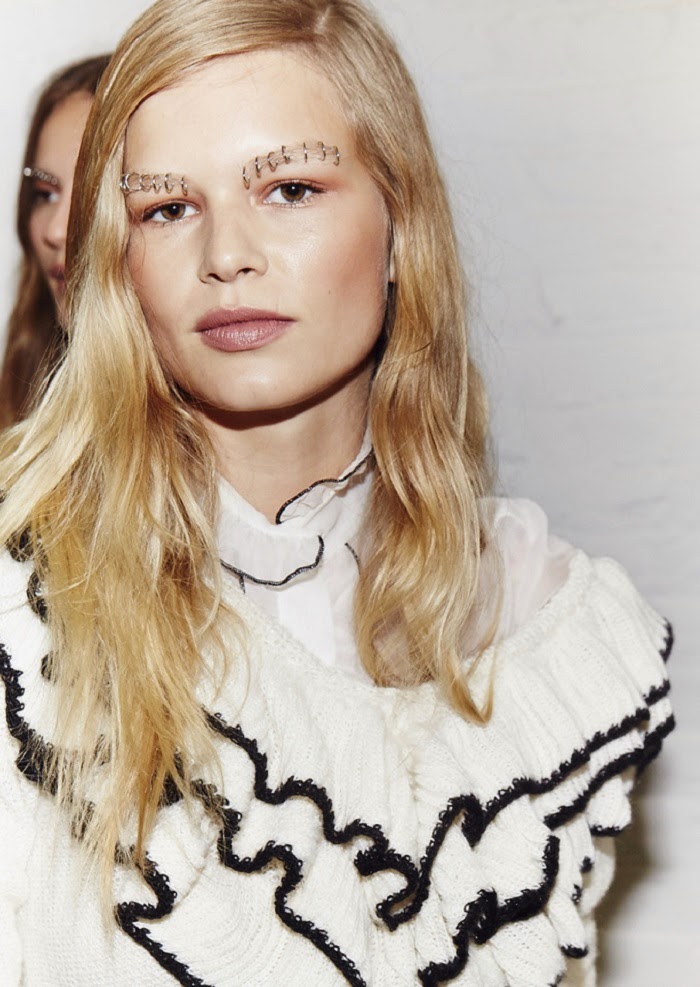